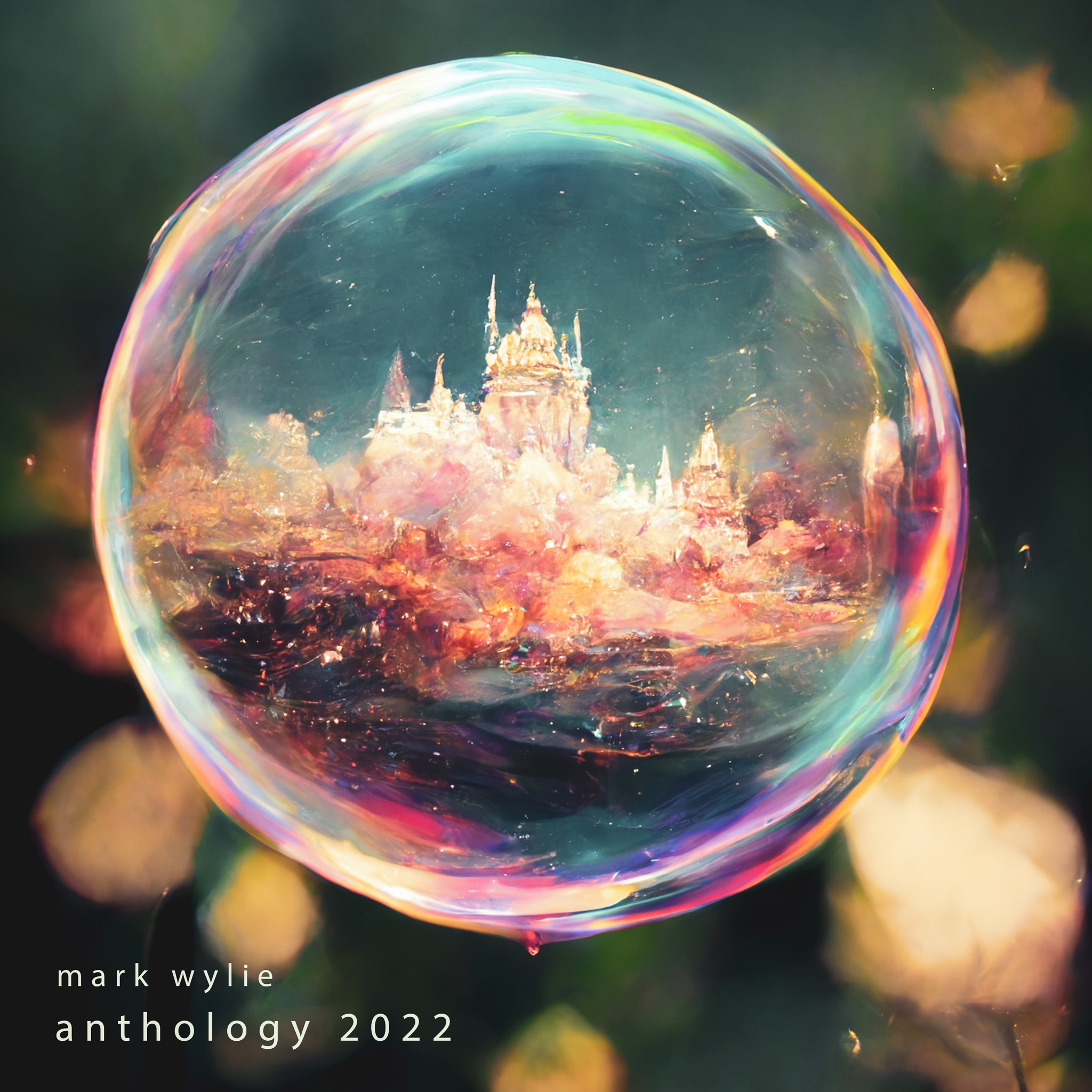 Another year, another anthology! The song's on this years Anthology are featured in chronological order they were recorded, highlighting the journey of my year through these compositions.

This year featured a monumental life change, the birth of my daughter Maeve. Leading up to the big event, combining some nervous anticipation and seizing the day of full night sleeps and unlimited 'me' time, I experience the most fruitful creative period of my career. For a span of 2 or 3 weeks, on average I was completing a song every day and a half.

The cogs in the machine started to get rusty (repetitive, stale) after writing Mosaic. The pendulum swung into the metal direction, of which I chose to feature 4 songs here (down the hatch being written the day before she went... down the hatch so to speak).

Closing the album out are 5 solo guitar recordings. These were technically composed throughout the year, but I only recorded them late November to catalogue them as part of this years collection. I think in these last 5 songs is the essence of Maeve's influence on my music and what being a dad feels like in my musical words.

The album is divided into four parts, like albums inside the album. The project I called Tone Poems, technically started late December of 2021 before Christmas. Self Portraits, began from around the New Year until February. The Metal Collection was written mostly in February, leading up to Maeve's big day. The Solo Guitar Collection was written throughout the year at various stages.

The concept started from a simple conversation - I had said something like “I’d love to do a jazz project, but you can’t program jazz.” In hindsight, this moment manifested itself into becoming Tone Poems. All of the accompanying instruments were performed, recorded and later edited using a keyboard (instead of programming note for note like in earlier works). There is also a larger emphasis on improvisation, with some sections looping while I solo over them, and later crafting sections into the composition.

After what I considered a successful pilot project for Tone Poems, I was ready to explore this compositional style deeper. I consider Christmas and the New Year season to be an auspicious time, that historically for me has been a fertile time for my creativity and spirituality. I was influenced greatly by musical icons I considered to have a spiritual element to their music, artists like; John Coltrane, Olivier Messiaen, John McLaughlin, Mathew Halsall, Claude Debussy, Alexander Scriabin and more. Each morning before composing for the day, I’d do research into these artists to stoke the fire so to speak. The title, Self Portraits, is a bit of a double entendre. On the surface, it was a reflection of myself and of who I was before fatherhood. On the flip side, there’s a sanskrit word, Atman, that translates to Self. These collections of songs are meant to represent manifestations of Spirit.

I wrote the majority of these after many weeks of playing jazz, so it was time for the pendulum to swing into new terrain. Some of the songs here were written the week of Maeve’s birth, which highlight some of the excitement of this big event!

These songs are basically all for, or about, wee Maeve. Befriending Trees is about a tree we would go visit each morning on our walk. Night Sun is about an evening routine where Mommy and Maeve would say “night night sun”. A Lullaby was written while Maeve was napping and I was able to squeeze in some music time in the same room. Thrive is about the circle of life, feelings of gratitude and fortune for Maeve’s good health and positive development.